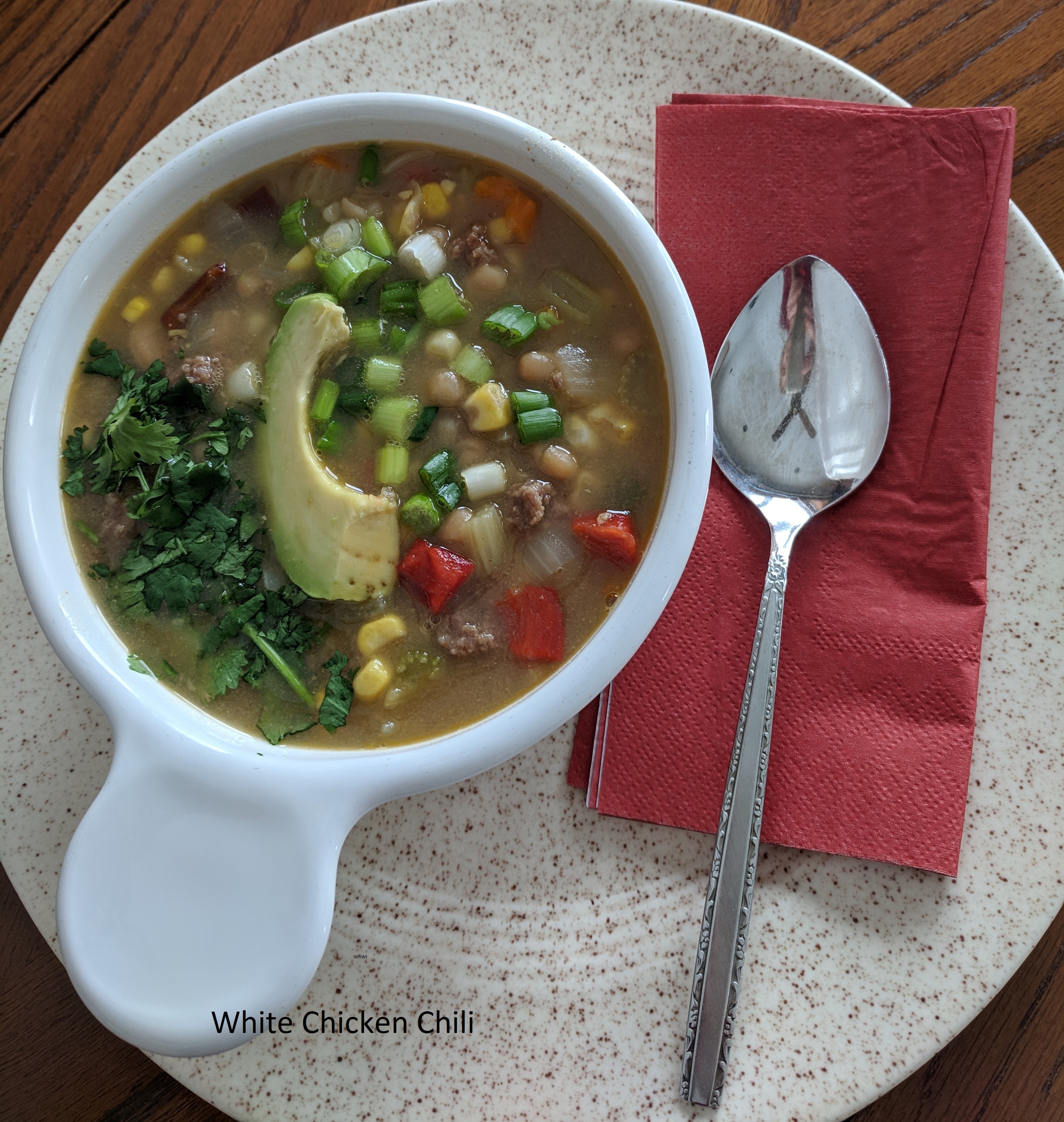 Chili is a favorite soup or stew but no one seems to agree on what chili should be. There are as many ways to make chili as there are people who make it.    Some like it hot, some like it mild, some like it on top of a baked potato or mound of spaghetti, some say beans, others say NO beans.  However you like it, chili, served with a side of cornbread, cinnamon roll, oyster crackers, sour cream, cheese, or plain, is an American comfort food. To that end, chili even has its own national celebration day; the fourth Thursday in February is designated as National Chili Day.

While little information was found on the origin of Chili Day, it appears to have had a long history.  On the other hand, the origin of chili is credited to a mixture of chili peppers and meat known as chili con carne, Spanish for chili with meat.

In today’s world, there is no agreement on what chili should be or look like.  Many recipes use a combination of  tomatoes, beans or no beans, chili peppers and/or peppers, meat, garlic, onions, and cumin but the variations are endless and even include vegetarian and vegan varieties.  Despite popular belief, chili does not come from Mexico. Recipes have certainly been influenced by Mexican culture, but also incorporate elements from Native American and Spanish culinary traditions. Many historians believe chili originated in Texas where all three of these cultures intersected. Cowboys and the American frontier settlers made chili from a chili brick cooked in a pot of boiling water along the trail or in the frontier home for a hearty meal.  The brick consisted of dried beef, suet, dried chili peppers and salt, pounded together and dried giving the mixture a long shelf life. Chili was a popular food offering at the Worlds Columbian Exposition of 1893 in Chicago where the San Antonio Chili Stand introduced Texas-style chili con carne to attendees.  Prior to World War II the popularity of chili lead to small, family-run chili parlors (also known as chili joints) popping up throughout the US with Texas leading the way.  Each parlor had its own claim to fame featuring a secret recipe or ingredient.

Chili adapts easily to quantity cookery making it a great food for crowds.  It also makes a great centerpiece for entertainment or as a fund raiser in the form of a chili cook-off.   Cook-off participants prepare their carefully-guarded and best chili concoctions to battle for judges’ or visitors’ approval to declare their recipe a winner!  While many chili cook-offs are a local event with prizes and recognition, it may also be a sanctioned contest leading to international fame with large prizes.

There are many ways that people enjoy the great taste of chili—soup, burgers, dogs, fries, just to name a few.  There are also regional ways to enjoy chili.  Cincinnati Chili is a favorite of many Ohioans.  Chili is spooned over pasta, usually spaghetti, and topped with shredded cheese, kidney beans, crushed crackers, and onions.  In New Mexico, one would commonly enjoy a bowl of Green Chili Stew or Chili Verde made with cubes of pork, Hatch chilies, tomatillos and other seasonings; it may be served over rice or corn tortillas or not.  St Louis also has a chili favorite known as the St Louis Slinger—a dish made with a ground beef patty, hash browns, and eggs covered with chili and topped with cheese and onions.  If one starts with a basic chili and adds a generous dose of Cajun seasoning and Louisiana hot sauce, one has an unforgettable New Orleans-style chili. Finally, there is the no-beans, no tomatoes Texas Red made with chunks of beef, beef suet, a variety of peppers, and seasonings.

Because chili ingredients vary so much, it is not possible to give exact nutritional information.  When meat, beans, peppers, onions, and tomatoes form the base of the soup, nutritional benefits may include vitamins A and C, protein, carbohydrates, and fiber.  Whatever the nutritional value, style, or recipe, chili is definitely an American classic and favorite to be enjoyed in various styles.