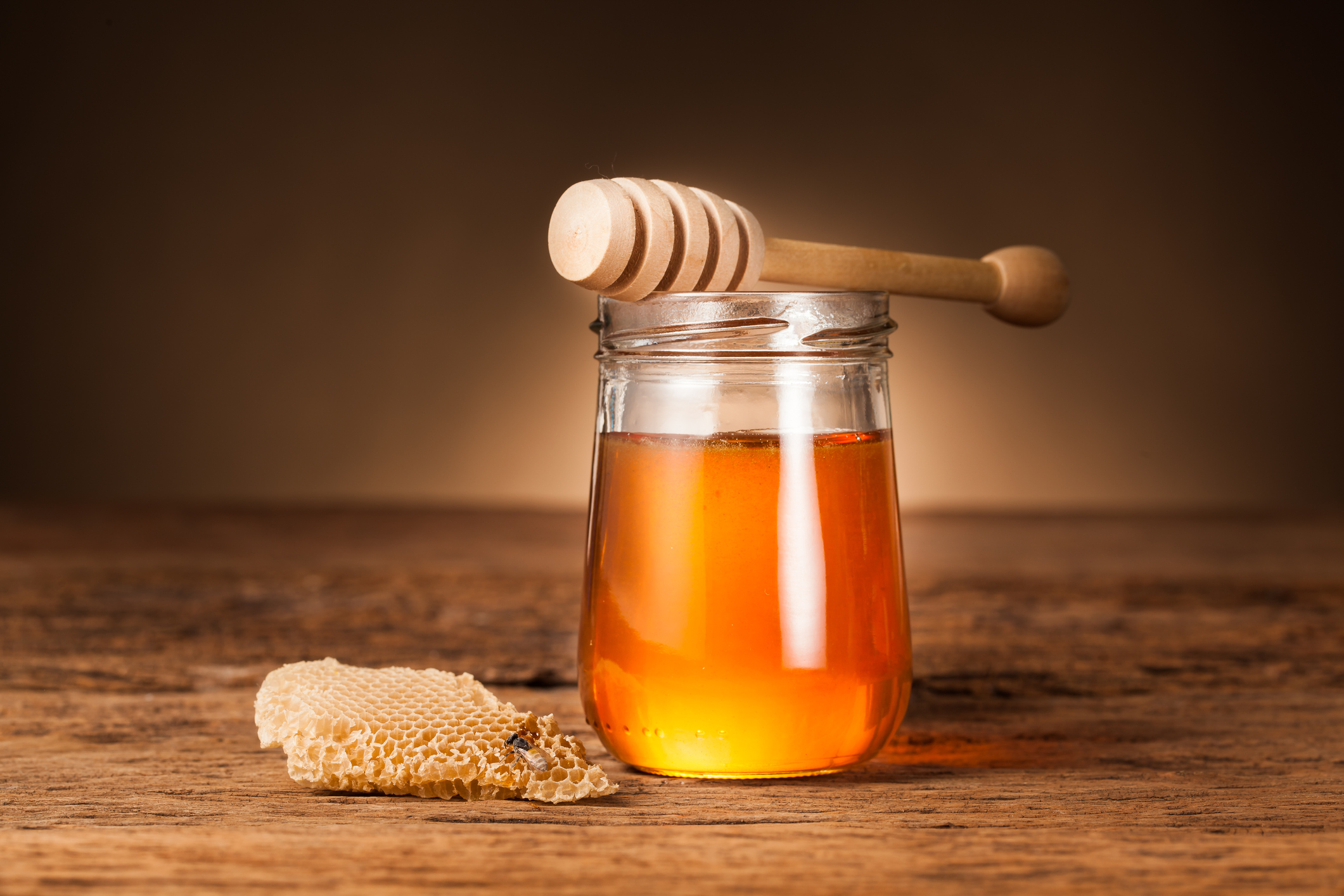 Honey, as a sweetener, has many health benefits.  Besides being loaded with minerals, vitamins and important enzymes, honey is a natural, healthy energy booster. It is an immune system builder and has both antioxidant, anti-bacterial and anti-tumor properties. Honey has a healthy glycemic index which means that can be absorbed into the bloodstream gradually resulting in better digestion.  For more detailed information on the nutritional value of honey over table sugar, see Benefits of Honey by Michigan State University.  Honey is denser than sugar. One tablespoon of honey has 69 calories compared to 48 calories in one tablespoon of processed white sugar.  When using honey as a sweetener begin substitutions by replacing the amount of sugar called for in the recipe with half the amount of honey.  Honey can be substituted in equal measure for other liquid sweeteners such as sorghum, molasses, or maple syrup.  Learn more about cooking with honey from All About Honey. 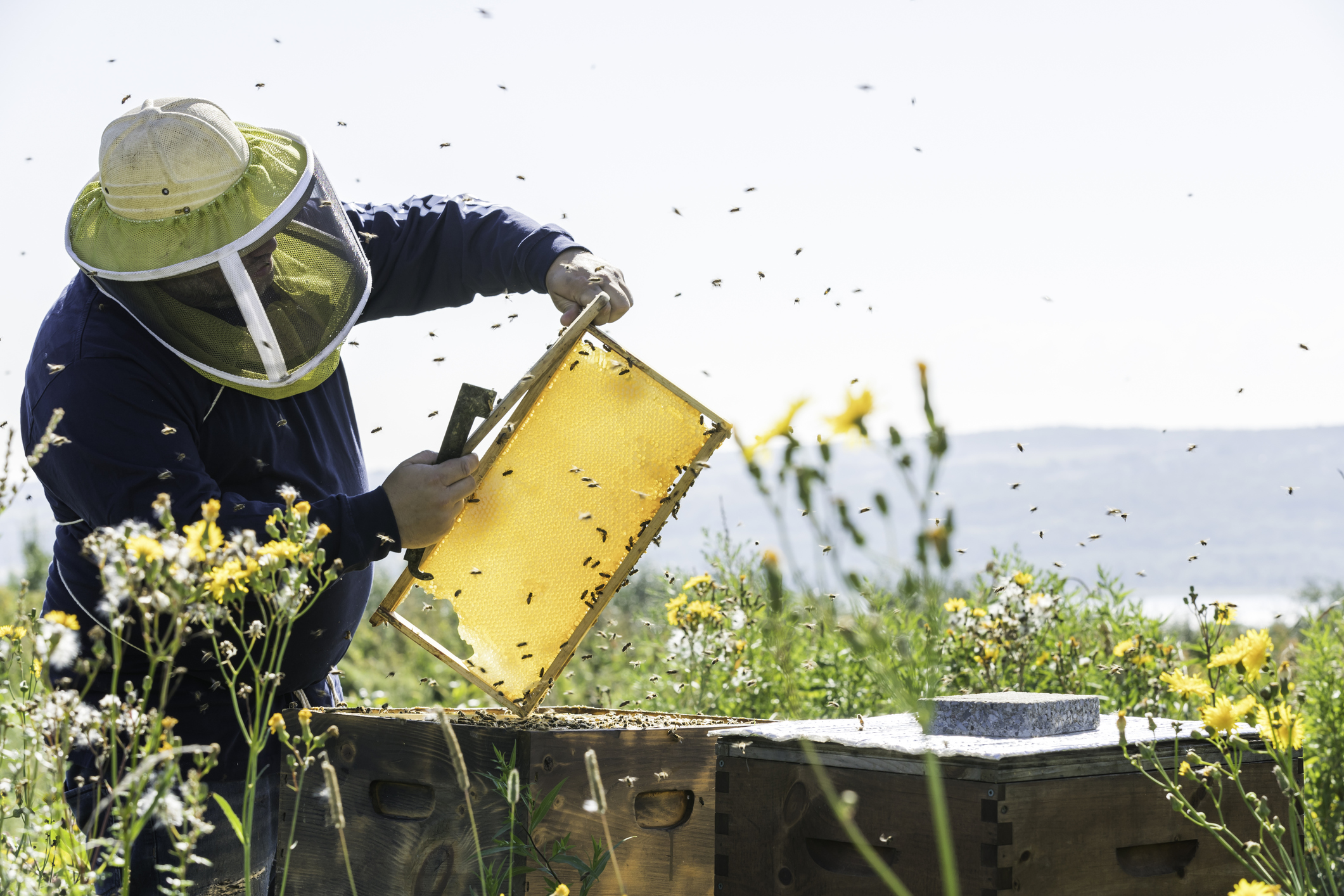 The primary food safety issue related to honey is infant botulism. Because infants have an immature geostatistical tract, the spores of the Clostridium bacteria (the causal pathogen of botulism) are provided
the amount of time needed and the environment to produce toxins. Babies under the age of 1 should not eat honey.

In general, honey is safe for adults and children older than the age of 1.  Those allergic to honey should avoid it.

Honey has a very low water content and high acidity, which usually inhibits the growth of bacteria.  However, honey is hydroscopic, which means it draws in moisture. Moisture in honey can create favorable conditions for mold and yeast growth.  To prevent such, honey should be stored in a clean, airtight container and preferably away from light.  When stored properly, honey will remain safe indefinitely. Honey may crystallize or granulate as it gets older, is refrigerated, or is frozen. This is a natural process and does not harm honey in any way. To convert crystallized honey to a liquid form, place the opened honey jar in a heat-safe container of approximately 1-2 inches of hot (not boiling) water. Crystals will begin to disappear; stir as needed. Be careful not to overheat honey; excessive heat can cause honey to change color and flavor.

According to National Honey Board trivia, a single worker honeybee produces approximately 1/12 of a teaspoon of honey in her lifetime. That means around 22,700 bees are needed to fill a single jar of honey!   So celebrate the benefits of honey, the bees that make it, those who work in the honey and bee industry, and enjoy the seet nectar of their labor!