Have you all been hearing as much about baby-led weaning as we have? We decided it’s time for us to take a look at hot topic! To start us off, let’s first look at two common methods for introducing foods to an infant. 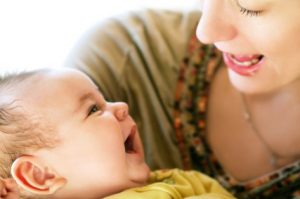 Here’s what research shows about babies who do baby-led weaning (BLW):

That’s what the research is currently telling us about baby-led weaning. Yet, we know that there is always a dose of reality (and personal preference) that goes into making a decision on which method you want to use with your own child. So here are some other things we think may be helpful for you to consider:

This is what research currently shows about the baby-led weaning method, but we still have lots to learn! Remember, at the Science of Parenting, we don’t advocate for either method but rather work to provide you the facts so that you can make a decision about what is best for your child and your family.

Have more questions about your child that are kind of specific to their age? Go explore the As Your Child Grows information under the Everyday Parenting section of the Science of Parenting website. You can find information specifically for your infant, toddler, preschooler, elementary age child, preteen, or teenager!

Parent to a little one with her own quirks. Celebrator of the concept of raising kids “from scratch”. Learner and lover of the parent-child relationship. Translator of research with a dose of reality. Certified Family Life Educator.

One thought on “Baby-Led Weaning – Just the Facts!”