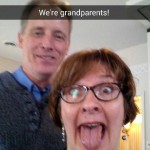 I had no idea I’d be taking my own advice years after I wrote about the overspending of grandmothers and aunts on new babies. I’m very excited to provide my 11 month old granddaughter with as many new experiences as she can handle.  Her parents are practical and their home is small so the oodles of toys, clothes and other baubles that are bestowed upon her by well-meaning relatives create stress. Besides, my grandgirl is pretty happy with simple household surfaces to pound and pull up on, and a human or two to keep her entertained.

Marketers of baby stuff focus on female consumers – aunts and grandmothers in particular – because their hearts are as big as their wallets. By keeping our wallets closed and our hearts open we can avoid turning our grandchildren into beggars and entitled teens. Here are 5 ways to love those precious little ones without creating strained relationships, stress over stuff and maintain our financial wellbeing.

YOU are the best gift your grandchild can receive! 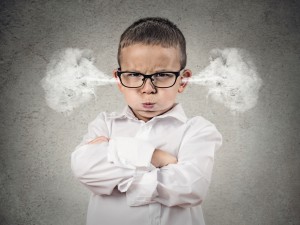 Oh oh…. I said it out loud (well sort of). The feisty child one of my favorite temperament types! I just can’t help it! I love interacting with a feisty temperament. I know that sounds silly but even as a preschool teacher I was always at my best when I was engaged with the feisty kiddo. Maybe ‘favorite’ isn’t the right word to use. I guess it was just that ‘I get them’. I understand the feisty traits. I ‘get’ where they are coming from.

Now just to clarify, I’m pretty sure my parents would not have labeled me as feisty. My feisty traits were sprinkled with a whole lot of adaptability. Which, for me, held the negative parts of feisty in check. So when it comes to feisty temperaments I understand that sense of  being determined. Of wanting what I want. Of being persistent. In the moment of feistiness, I know how your ‘gut’ feels. What your stomach is doing. How fast your brain synapses are firing. I understand that, I get it.

So what did I learn about interacting with a feisty temperament? Most importantly, that a calm, cool and collected demeanor is the best way to approach the feisty child. You see, amidst their feistiness they won’t be able to hear your ‘reasoning or logic’. Their feistiness is in the way. It’s too loud in their head, they literally can’t hear you. But, they can still see your reactions.

That’s about all that you can do sometimes. SHOW them. Model for them how you want them to respond or behave. There’s little time or room for long drawn out liturgies and lessons on appropriate language or the use of gentle touches. Feisty kids need that ‘extra‘ moment to see calm cool and collected from you. They are looking for you to ‘show‘ them how to tame that feisty feeling that has overtaken their body.

So very hard sometimes yet so very vital to teaching them self-control.

What are some techniques you have ‘shown’? 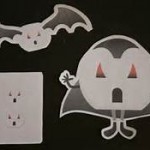 This week I really began to pay attention to the different ways my family doesn’t conserve energy.  I noticed lights left on, tv’s and electronics playing randomly to themselves, and most noticeably doors left wide open to the outdoors when the furnace was on. One day I even turned the furnace off to see if anyone would notice – and I put on an extra layer of clothing.  My teenager responded late in the day with “Why is it so cold in here”. She checked the thermostat and expressed her displeasure. This gave me a perfect opportunity to share the idea from Donna’s blog last week as well as talk with the girls about how we could do a better job of conserving. Luckily I didn’t try this in the middle of winter! HA! But it helped to make a point about all the little things we take for granted.

I was looking for different resources on energy saving ideas to share with kiddos I came upon a couple things that piqued my interest. I have shared them below.

What are some ways that you have shared conserving energy and natural resources with your children?

May 31, 2018
energy, parenting children, education, energy use, lights, parenting
Leave a Comment on Why is it so cold in here?!?

How many times do you walk in a room where the lights are on but no one is there? It’s so easy to flip the switch and yes, we’re spoiled by the instant light. I wonder what it wa

s like to light a lamp, clean a lamp, carry a lamp, when you needed light. And if the electricity goes off and we’re left in the dark, we don’t like it one bit.

Lights are a simple place to start the energy use conversation with your kids. Have the kids go through the house and count all the ceiling lights and lamps. Then put a glass jar labeled “lights” and a dish of paper clips or pennies on the kitchen counter. Every time someone turns off a light she puts a penny in the jar. Every time Mom or Dad enter an empty room and find a light left on, they take a penny out of the jar. Try this activity for a week and see how full the jar gets. This is a visible way for everyone to keep track of this habit.

Another idea is to take the kids with you to the store to look at light bulbs. Help them compare  incandescent, fluorescent and LED products. The kids will be amazed at the options.If you haven’t started converting light bulbs, decide as a family where to begin. Maybe the kids will want to try new products in their rooms.

What have you done in your family to tackle the “lights left on” problem?

May 31, 2018
energy electricity, energy use, light bulbs, lights, money
Leave a Comment on Who left the lights on?