Kitchen Towels Can Be Home to Dangerous Bacteria 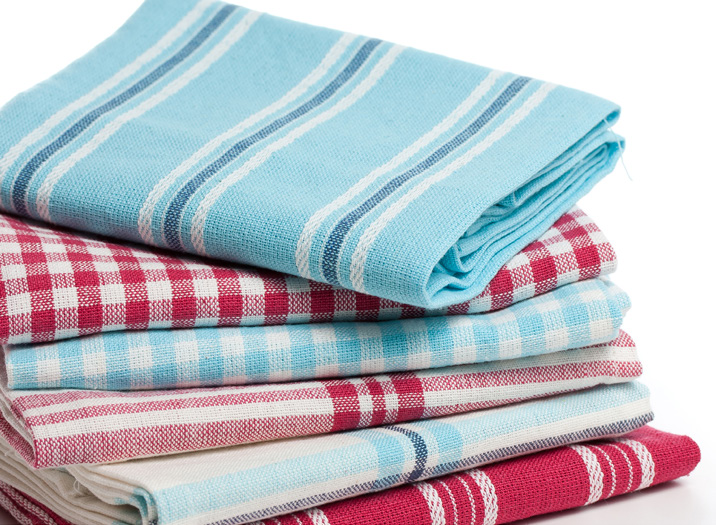 How often do you wash your cloth kitchen towels? In a recent study, researchers examined the bacterial content of 100 kitchen towels that families used for one month without washing. They found significant bacterial growth on 49 of these towels, including bacteria that can cause serious illness, such as Staphylococcus aureus and E. coli. The towels most likely to harbor bacteria were made of cotton. Because cotton is more absorbent than nylon and other synthetic fabrics, it’s better able to hold the moisture bacteria need to grow. Towels used for just one purpose, such as only wiping utensils, held much less bacteria than multipurpose towels used for drying dishes, wiping hands, and cleaning up spills.

To prevent illness, toss reusable dish towels into the laundry after each use. A damp dish towel, especially, should not be reused before laundering. Air-dry dishes and utensils in a rack rather than wipe them with a cloth towel. Be sure to wash and sanitize sinks, counters, and refrigerator handles daily to reduce the risk of bacteria transferring from these surfaces to your clean towels.