Baked potatoes are a popular vegetable dish during the holiday season and throughout the year. However, they become unsafe if you don’t prepare them correctly. Dangerous bacteria may grow in foil-wrapped baked potatoes if left out of the refrigerator for more than two hours.

First, don’t foil wrap your potatoes too tightly. This removes all air from the potato. Without air, the bacteria that makes botulism toxin can grow. Even a tiny taste of a food with this toxin can cause paralysis and even death. To prevent illness, remove the foil from baked potatoes right after baking. Then put leftover, unwrapped baked potatoes in the refrigerator right away. 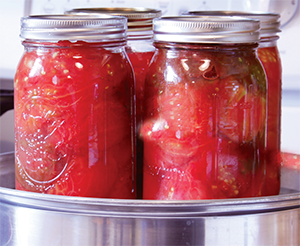