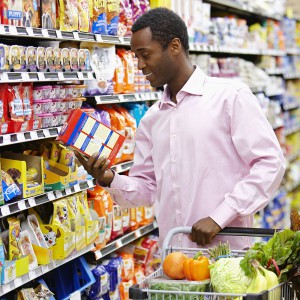 Are you confused by the dates that appear on food labels? If so you are not alone! Product dating is not required by federal regulations with the exception of infant formula. Most companies do put a date or a code on the package, but unfortunately there is no universally accepted method used so it can get confusing.

Here are some terms that will help you determine if the food item is still safe.

December 5, 2014
healthy living best if used by date, labels, sell by date, use by date
Leave a Comment on Making Sense of the Dates

Cuts of meat have been labeled the same way since 1973. This 40-year-old labeling system used names like “Beef Shoulder Top Blade

To help consumers better distinguish between the numerous cuts of meat, the Industry-Wide Cooperative Meat Identification Standards Committee (ICMISC) has approved the use of new meat labels.

Consumers will see labels with three lines describing the meat cut. On the first line, instead of “Beef Top Loin Steak Boneless,” a simpler, more common name is used such as “Strip Steak.” On the second line will be “Beef, boneless” to describe further cut characteristics. On the third line, a descriptor of the cooking method, like “Grill for best results,” will help consumers choose the right cut for the cooking method they want to use.

Beef and pork share common names for cuts, like Rib, Tenderloin, Sirloin, Arm, and Blade. Typical names used in the past for pork will be used on beef cuts and vice versa. You will see beef labeled as Country-Style Ribs or pork labeled as T-Bone, Ribeye, and Porterhouse.

The ICMISC program is voluntary for retailers and may already be in use, if retailers have made changes to their scales, which print the meat labels.