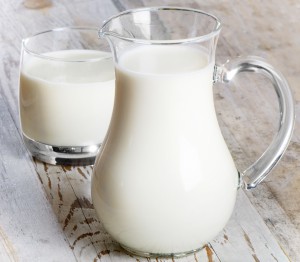 June is Dairy Month — a good time to consider the benefits of drinking milk and eating other dairy foods for calcium and Vitamin D. Drinking milk increases bone health, reduces risk of heart disease, type 2 diabetes, and blood pressure. Despite these benefits, some milk myths prevent some people from drinking milk. Our ISU Extension and Outreach myth busters have “busted” a few of these myths below.

Milk Myth 1: Milk causes mucus
Myth Buster: For some, drinking milk may make mucus thicker than it is normally. However drinking milk for most people does not make your body produce more phlegm and will not worsen a cold. 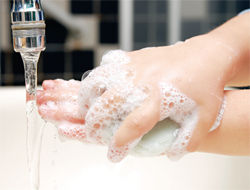 A recent study at Michigan State University found that only 5 percent of people (consumers, not food service workers) in a college town using restrooms properly washed their hands. The study observed over 3,000 people after they had gone to the restroom and discovered that about 10 percent (384 people) skipped washing their hands all together and about one-third (33%) did not use soap. Of those who did wash their hands, the average time spent doing so was about six seconds. The recommended time by the CDC is 15 seconds.

For more information on safe handwashing look at the ISU Extension and Outreach “5 Myths of Handwashing” publication.