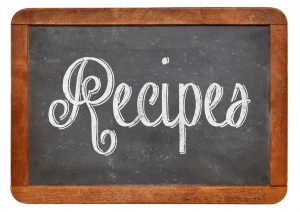 Tip: The size of this recipe can be adjusted up or down by keeping the same ratio of three parts oil to one part acid.  For example, for a small amount of dressing, use three tablespoons of oil, one tablespoon of acid, and a pinch of each seasoning. 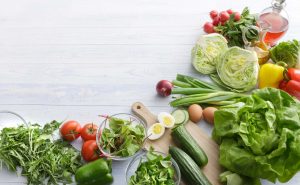 Wendy White, an associate professor in food science and human nutrition at Iowa State University, led a recent study that suggests eating salad greens and vegetables with added fat—in the form of soybean oil—enhances the absorption of various micronutrients that promote human health. Soybean oil is a common ingredient in commercial salad dressings.

Salad vegetables with added oil aided in the absorption of several micronutrients: alpha and beta carotene, lutein, and lycopene; two forms of vitamin E and vitamin K; and vitamin A. White said better absorption of these nutrients promotes a range of health benefits, including cancer prevention and eyesight preservation.

The research study showed eating the same salad without the added oil lessened the likelihood that the body would absorb the nutrients.