One minute you’re fine, and the next you begin to sweat as crippling cramps move wavelike th 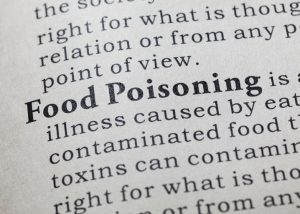 rough your belly. You vomit or have diarrhea, or both, fearing you won’t live to see another day; then it goes away. You’re back to your old self, maybe after a day or two.

The Centers for Disease Control and Prevention estimates that this scenario, known as an “acute gastrointestinal event,” happens to all of us at least once a year. People tend to blame the last thing they ate, but most likely it could be something from a day or two ago.

It takes the stomach around four to six hours to empty a full meal, and then the small intestine takes about six to eight hours to get out all the nutrients and empty into the colon. The remains linger there for another one to three days.

While this may not be something you like to think about, knowing this information the next time you get sick will help you be able to estimate when you might have eaten the food that made you sick. For example, if you throw up something and don’t have diarrhea, it could be that what made you ill was something you ate within the last four to six hours. If you wake up in the middle of the night with cramps and diarrhea, it’s more likely something you consumed 18 to 48 hours earlier.

To get more peopl 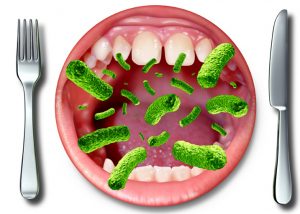 e to report foodborne illness or “food poisoning,” the Iowa Department of Public Health recently launched the IowaSic Hotline. Now when you think you ate something that made you sick, you can call 1-844-IowaSic or 1-844-469-2742. A trained specialist will ask you about your symptoms and all the foods you ate recently. If your illness seems related to a food you bought, the Iowa Food and Consumer Safety Bureau will investigate.

By calling IowaSic, you may save others from the misery of foodborne illness—and worse. A food “bug” that makes you only queasy could possibly kill other, more vulnerable people, such as young children and the elderly.

To find out more on what to do if you think you have a foodborne illness, watch this video.